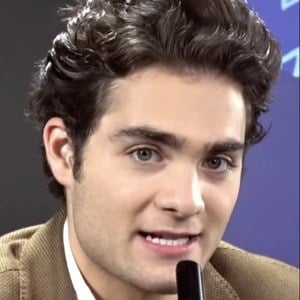 Series regular of the hit show Like who landed the role of León Rubio. It was his first acting role of any kind.

He graduated from the Televisa Art Education Center.

Hobbies of his include fitness and cooking. He has earned more than 650,000 followers for his carlossaidcs Instagram account.

He has a younger brother named Alain. He and actress Isidora Vives have been dating.

He stars in the series Like alongside Macarena García Romero and Ale Müller.

Carlos Said Is A Member Of