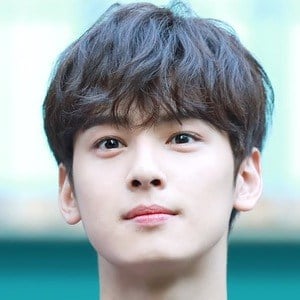 One sixth of the South Korean boy band Astro. The group made their debut in February of 2016 with the EP Spring Up and followed in July with the EP Summer Vibes.

After graduating from Multi Hanlim Arts High School, he went on to study acting at Sungkyunkwan University.

He has made appearances in numerous television series including SBS's Law of the Jungle and MBS's Show! Music Core.

His real name is Lee Dong-min. He was born and raised in Gunpo-si, South Korea. He has a younger brother.

He is joined in Astro by fellow South Korean singer Moon Bin.