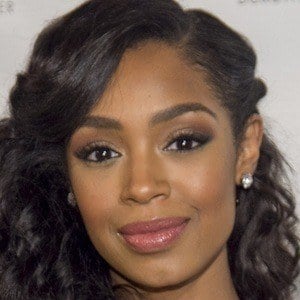 Broadway stage actress best known for her portrayal of Nala in the critically acclaimed musical The Lion King, both in the Broadway production and the German production.

She grew up primarily as a dancer, beginning her school at the age of three up until the age of eighteen.

She launched the online apparel company Riley and Rose.

She was cast alongside Jason Sudeikis and Carice Van Houten in the 2016 biopic of Jesse Owens called Race.

Chantel Riley Is A Member Of