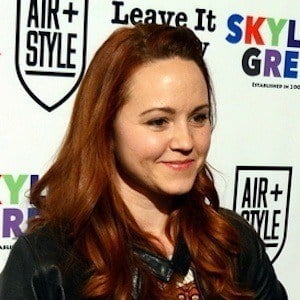 Actress who is famous for her litany of guest starring roles on TV. She appeared as Alissa on American Horror Story: Roanoke and was in Blake & Emily Get Famous as Emily. She was cast to star in the 2nd season of 13 Reasons Why in 2017.

She earned her associate's degree in vocal performance from The Musician's Institute. She earned her first on-screen credit for her work in a 2004 episode of the TV series Day Tripper.

She starred on the YouTube web series Get Spy as Samantha in 2015-2016. She guest starred as Renee Holt alongside Julia Louis-Dreyfus on Veep during its sixth season in 2017.

She was cast alongside Anne Winters to star in the 2nd season of the popular Netflix series 13 Reasons Why.

Chelsea Alden Is A Member Of