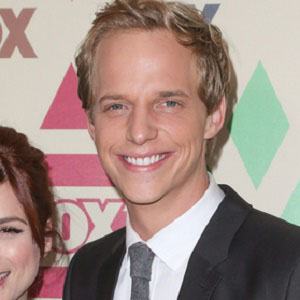 British actor best known to TV audiences as Jimmy in FX's You're the Worst and Matt Wilding on Waterloo Road. He also had a recurring role in Modern Family in 2018.

He originally had interest in pursuing a career as an artist. He made his acting debut at age 20, in the 2001 mini-series, Band of Brothers.

He had small supporting film roles in After Earth and Blood and Chocolate.

He married Jennifer Sawdon in 2010; they later welcomed a son named Freddie.

He acted alongside Zoe Lucker on the 2006 season of Bombshell.

Chris Geere Is A Member Of

Pokémon: Detective Pikachu
After Earth
You're the Worst
40 Year Olds