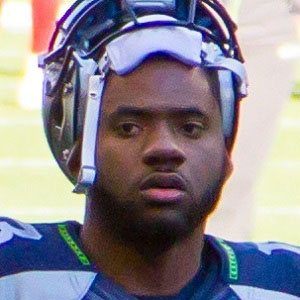 Wide receiver who made a name for himself in the 2014-15 NFL playoffs as a member of the Seattle Seahawks. That season, he recovered a critical onside kick in the NFC Championship game and made the first receptions of his career during Super Bowl XLIX.

He played college football at Los Angeles Harbor College for two years before transferring to the University of Kentucky.

He won the Canadian Football League's Most Outstanding Rookie Award in his first season with the Winnipeg Blue Bombers in 2012.

He is a cousin of late Hall of Fame defensive lineman Reggie White. His father Darell played college football at Lane College.

Chris Matthews Is A Member Of