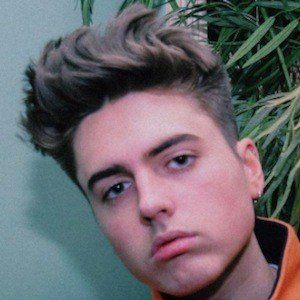 Warner Music Group signed artist who put out mixtapes called I Am Me, Growing Pains and Birth of Cool in consecutive years beginning in 2012.

He initially gained fame after video of his rap audition for America's Got Talent went viral.

Some of his most popular singles are part of a series of songs called "80 Bars." He released Part I, II, III and IV of the song as part of his I Am Me and Growing Pains mixtapes.

He was born in Long Island, New York. He wished his mother a Happy Mother's Day on Instagram in May 2016.

He has collaborated with fellow artists D-Pryde and Traphik, the latter of whom was featured on Miles' single "Shut It Down."

Chris Miles Is A Member Of