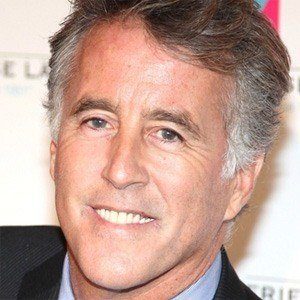 Member of the Kennedy family and a known author, activist, and actor. He had a long-running role on All My Children and also appeared in General Hospital.

He made his on screen debut in 1988 with roles in The Suicide Club, Mr. North as Michael Patrick Ennis III, and Spellbinder as Phil.

He appeared in notable films such as Thirteen Days as William Ecker and Terminator 3: Rise of the Machines as Brewster's Aide.

He married Jeannie Olsson in 1984 and they would divorce in 2000. They had children named David, Savannah, and Matthew. He later married Mercedes Miller in 2014 up until his death in 2018.

He appeared in the film The Doors starring Val Kilmer.

Christopher Lawford Is A Member Of