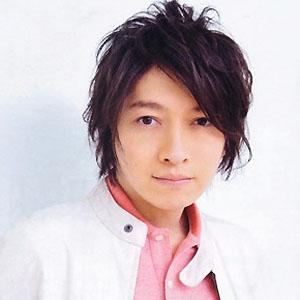 Japanese voice actor who won a Seiyu Award for his role of Sebastian Michaelis in Kuroshitsuji.

He attended Nihon University and studied television broadcasting for a short time.

He has dubbed the character Ed Yurek in the film Black Hawk Down.

He was born and raised with family in Sakawa, Takaoka District, Kochi Prefecture, Japan.