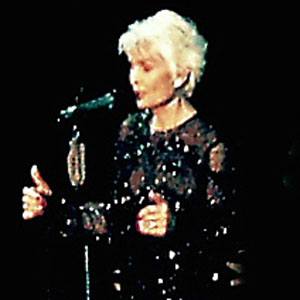 Israeli vocalist and screen actress who appeared in such 1960s films as Two Weeks in Another Town and Jules Verne's Rocket to the Moon.

She studied ballet in her younger years. She appeared in her first film, Hemsoborna, in 1955.

She co-starred with Dean Martin in the 1966 film The Silencers.

Daliah Lavi Is A Member Of