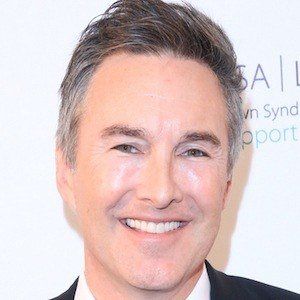 Canadian actor and voice actor who's appeared in Supernatural, 24, Without a Trace, and the 2009 film I Love You Philip Morris. He's voiced more than 200 characters, most notably Cell in Dragon Ball Z and Handsome Jack in the Borderlands games.

He started acting when he was 11 and made his first onscreen appearance as the son of William Shatner's character in Secrets of A Married Man.

He's made appearances on every variant of the CSI franchise.

He married Anna Salih in 1998, but the couple divorced five years later.

He appeared in the 2006 movie A Scanner Darkly with Keanu Reeves and Robert Downey Jr.

Dameon Clarke Is A Member Of