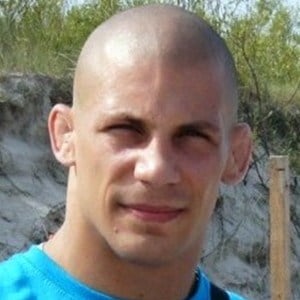 With a passion for wrestling early on, he began competing and learning the Greco-Roman style of wrestling. In 2011, he made his World Champion debut and the following year he made his Olympic debut in London.

He has won several medals for his wrestling including the silver medal at the 2011 World Championships in Istanbul and the bronze medal at the 2012 London Olympic Games.

He was born and raised in Wroclaw, Poland. He married his wife Karolina and together they have a daughter.

Other professional wrestlers from Poland include Abe Coleman, Ivan Putski, and Dylan Geick.

Damian Janikowski Is A Member Of