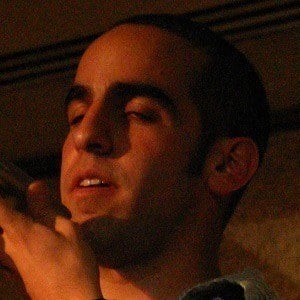 Standup comedian and actor who first rose to fame competing on the NBC reality show Last Comic Standing. He then went on to appear on Comedy Central's Premium Blend. He has also written for publications like Crank Yankers and has performed in improv comedy troupes.

He studied cinematography at the University of California, Santa Barbara and completed pre-med studies at Johns Hopkins University, though he didn't continue to medical school.

He has had recurring roles on television shows like Friend Me and Disney XD's Kickin' It.

He is an Iranian Jew from Tehran, Iran, but he grew up in Great Neck, New York.

He has opened for comedians like Dave Chappelle, Jay Mohr, and Lewis Black.

Dan Ahdoot Is A Member Of