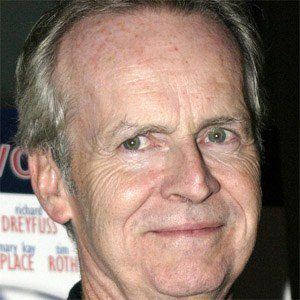 Emmy nominated American actor for his work in the series thirtysomething as Miles Drentel. He has had roles in notable films through his career, including a memorable part in John Carpenter's The Thing as Palmer.

He made his debut in 1973 in the film The Paper Chase and followed that with early roles in Being There and The Escape Artist.

He won an Emmy in the category of guest star on a comedy series for his work in Dream On.

He was born in Waukengan, Illinois to parents who worked as a homemaker and accountant.

He was notably against the way that torture was depicted in the Kathryn Bigelow directed film Zero Dark Thirty.

David Clennon Is A Member Of