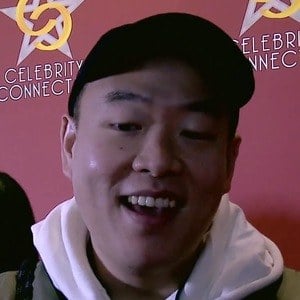 Famous for his DavidSoComedy YouTube channel, this popular internet personality has accumulated over 1.4 million subscribers for his humorous vlogs and series. He hosted a series on VEVO's channel called The Comment Show and appeared in a miniseries titled Just Kidding Films.

He created his channel in early 2011. His early YouTube videos include "Krumpty Dumpty: True Life Stories Trailer" and "David So Stand up Comedy Clips!"

A musician as well as a comedian, he launched his secondary DavidSoMusic YouTube channel in late 2010. He has also hosted the Genius Brain Podcast.

He grew up in Sacramento, California, and later relocated to Los Angeles. In a March, 2015 Instagram post, he revealed that he shares a birthday with his mother. He has an older brother.

Gina Darling has appeared in several of his videos.

David So Is A Member Of