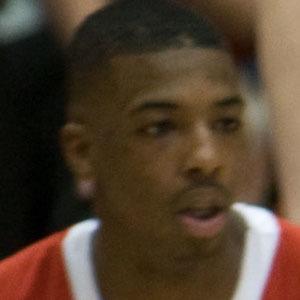 6'5" point guard who received the Bob Cousy Award, given to the NCAA's top point guard, after helping lead the University of Utah Utes to the Sweet 16 in 2015. He was selected 20th overall in the 2015 NBA Draft by the Toronto Raptors.

He led Levzinger High School to a California State Championship in 2011. He began his collegiate career at City College of San Francisco, helping the team win the 2013 North Division title.

He became teammates with fellow point guard Kyle Lowry on the Raptors in 2015.

Delon Wright Is A Member Of