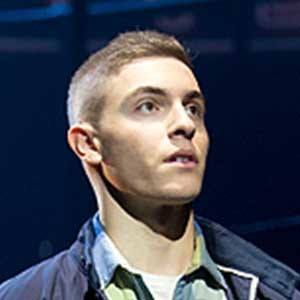 Stage actor known for his work in Broadway productions of The Bridges of Madison County, Wicked, and Anastasia. He is also recognized for his appearances in episodes of the television shows The Carrie Diaries and Law & Order: Special Victims Unit.

During his early years, he performed with a children's stage company called MET2.

He received a Clive Barnes Award nomination for his work in the Off-Broadway production of Dogfight.

He and his siblings Lauren and Dillon grew up in Los Angeles, California. He got engaged to his longtime girlfriend Elycia Scriven in October 2017 and the couple married in September 2018.

He developed a close friendship with fellow Broadway performer Lindsay Mendez, whom he's collaborated with on numerous theatrical projects.

Derek Klena Is A Member Of