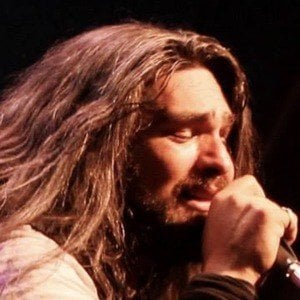 Vocalist who has lent his voice to some of Argentina's biggest metal acts, including Helker, Skiltron and Electronomicon. He has also released solo material under the name DV Divine Collider.

He got his start playing with underground bands like Retro Satan and Legion in the late 80s and early 90s.

He replaced Ronnie Romero as the frontman for the power metal band Lords of Black in 2019.

He has collaborated with singer Tarja Turunen.

Diego Valdez Is A Member Of