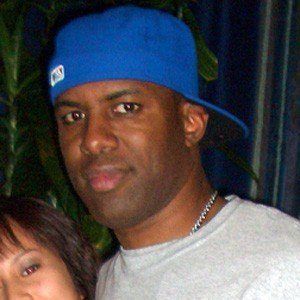 Hip hop DJ and host of Hollywood Saturdays on Sirius/XM Radio; responsible for video website www.RadioPlanet.tv. He has released over 63 mixtapes in his career from 1995 to 2014, hence his nickname The Mixtape King.

He became known for including sound clips in his productions that used an echo effect to shout his DJ name.

He was born of Haitian ancestry in Brooklyn; his family raised him in Queens Village, New York.

DJ Whoo Kid Is A Member Of