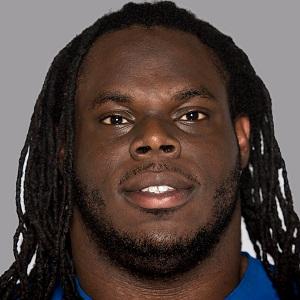 NFL defensive tackle from LSU who was drafted by the Indianapolis Colts in 2011 with the 87th overall pick. He was signed by the Chargers, Cowboys and Jaguars at various times during the 2013 season.

He had 8 sacks and 8 forced fumbles during his senior season at John Ehret High School, which led to a 4 star recruit rating by Rivals.com.

He is the son of Vivian and Darrell Nevis.

He was teammates with quarterback Matt Flynn on the LSU Tigers team that won the 2008 BCS National Championship.

Drake Nevis Is A Member Of