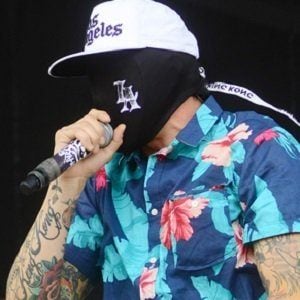 Better known as Funny Man, he is a hype man for the group Hollywood Undead.

He became a part of the group in 2005 after J-Dog and Deuce posted a song to the band's MySpace page.

He is featured most prominently on the album American Tragedy, rapping in six of the songs.

He and Hollywood Undead are based out of Los Angeles, California. He began dating Anna Behr; they welcomed a daughter at the beginning of 2018.

He performs alongside Charlie Scene in Hollywood Undead.

Dylan Alvarez Is A Member Of