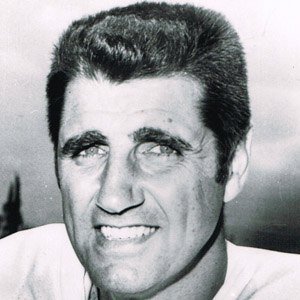 Former NFL quarterback who spent twenty-one years in the league as a member of teams like the Baltimore Colts and Miami Dolphins. He won one Super Bowl with the Colts as well as back-to-back Super Bowls with the Dolphins.

He won the Rose Bowl as the quarterback for Michigan State University in 1956.

He was 1972's NFL Comeback Player of the Year. He later became the mayor of Davie, Florida.

His son Matthew worked as an attorney in Fort Lauderdale, Florida.

He stepped in for injured Colts quarterback Johnny Unitas for Super Bowl V and won the game.

Earl Morrall Is A Member Of