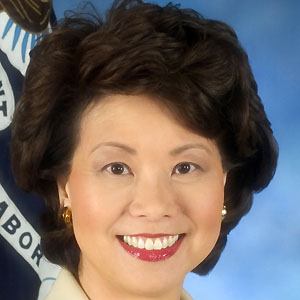 First Asian-American woman and first Chinese- American to be appointed to a President's cabinet. George W. Bush appointed her the 24th U.S. Secretary of Labor in 2001; she was the only cabinet member to serve Bush for the duration of his administration.

Her father moved to the U.S. on a scholarship and saved up for three years to pay for the family's visas and tickets to follow him.

She received more than two dozen honorary degrees from both American and Chinese universities.

She was the longest-serving Secretary of Labor since the Franklin D. Roosevelt administration.

Elaine Chao Is A Member Of