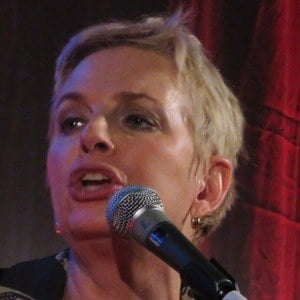 Broadway and television actress as well as singer with four solo albums. She is perhaps best known for her collaborations with Meat Loaf, but also co-starred in the sitcom Night Court. She appeared on Broadway in Me and My Girl and the revival of Hair.

She sang on the Blue Oyster Cult 1979 album Mirrors. She and three other female vocalists fronted the band Pandora's Box.

She is the daughter of John and Virginia B. Foley. She married writer Doug Bernstein in 1990.

She was directed by Martin Scorsese in 1982's The King of Comedy.

Ellen Foley Is A Member Of