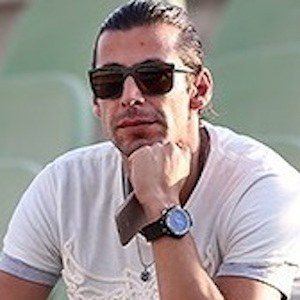 Midfielder who won the Hazfi Cup with Esteghlal in 2012. He has represented Iran at international events like the 2006 FIFA World Cup and 2007 AFC Asian Cup.

He played youth soccer from 1985 to 1998 with clubs like SV Meppen and SV Werder Bremen.

In 2005, he was involved in a severe car accident in which he crashed his car into a U.S. Army lorry. His car was totaled but he was miraculously unharmed.

His father is Iranian and his mother is German.

He played alongside Ali Daei on the Iranian team at the 2006 FIFA World Cup.

Ferydoon Zandi Is A Member Of