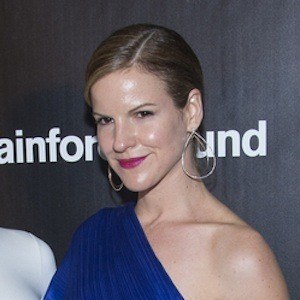 Actress who has become known for performances in such films as Stardust (2007), Being Michael Madsen (2007) and Saving Mr. Banks (2013). She is also famous for being the daughter of famed British musician Sting.

Her first acting job was in a radio play called Echoes in the Park. She earned a degree in drama and English literature from the University of the West of England.

She was listed as one of People Magazine's 50 Most Beautiful People in 2005.

Her mother is actress Frances Tomelty. She has siblings named Joe, Mickey, Eliot, Giacomo and Jake.

She appeared with Robert Baker in the comedy Pickin' & Grinnin' (2010).

Fuchsia Sumner Is A Member Of