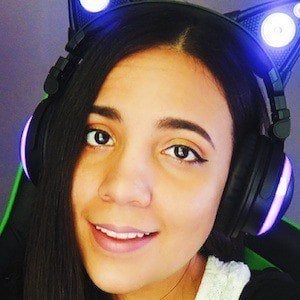 Video game enthusiast named Arielle who shares content from a plethora of games that she enjoys playing for her more than 850,000 subscribers on YouTube. Her channel is filled with gameplay from The Sims, Yandere Simulator, Grand Theft Auto, MovieStarPlanet and Roblox.

Her first video was published in September of 2014 and was titled "Sim From Another Planet | #TheSims4Challenge."

She created a side YouTube channel to publish content about art, beauty, fashion, DIY and health/fitness called ArielleMermaid.

She featured her brother in a "Sibling Tag" YouTube video.

She created an honorary Sim for Lizzie LDShadowLady on The Sims 4 in celebration of Lizzie reaching 1 million subscribers.

GamingMermaid Is A Member Of