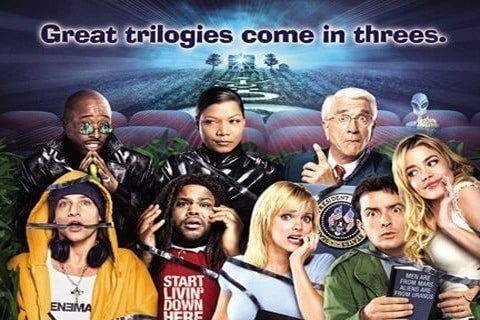 The third film in the franchise sees Cindy trying to prevent an alien invasion. It was the first in the Scary Movie franchise to be directed by David Zucker and the first to be rated PG-13.

Simon Cowell made a cameo in the film and later won the MTV Movie Award for Best Cameo. The film was mostly shot in British Columbia, Canada.