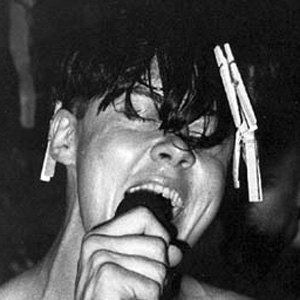 Singer of the psychedelic alternative rock group Butthole Surfers and has appeared as a guest vocalist for artists like The Dead Milkmen. As part of The Butthole Surfers, Gibby was known for his wild, unpredictable on-stage behavior during live-performances.

He studied accounting at Trinity University. He played basketball in high school.

He made a cameo appearance in the film Dead Man with Johnny Depp. In 2022, it was announced that he and The Butthole Surfers would have a documentary made about them. In 2020, he published a YA novel titled "Me and Mr. Cigar."

His father is actor Jerry Haynes.

He produced the documentary film Stuff about the life of John Frusciante.

Gibby Haynes Is A Member Of