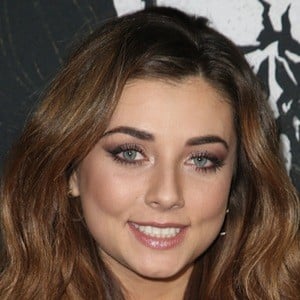 Film and television actress who secured her first series regular role beginning in the third season of MTV's Scream. She had a recurring part as Kat in 13 Reasons Why and had also been seen on The Orville, Shameless, and Son of Zorn. In 2019, she starred as Carley in Saving Zoë.

She attended Charter High School of the Arts.

She was featured in a 2016 short film called Pinky before landing parts in feature films called Saving Zoe, Sierra Burgess Is a Loser, and The Buried Girl. In 2019, she played the character Amy Bendix in the TV show The Punisher.

She has a younger brother and her mom's name is Stine Whigham.

She co-starred in Saving Zoë alongside Laura and Vanessa Marano.

Giorgia Whigham Is A Member Of

Scream
Sierra Burgess Is a Loser
The Punisher
Saving Zoë