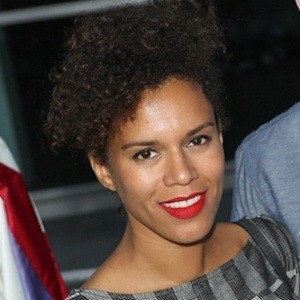 Actress who is famous for her career throughout TV and film. She has guest starred on All My Children, Masters of Sex, and NCIS, and appeared in the 2013 comedy film Bad Grandpa as a hostess.

She made her debut on-screen appearance in a 2002 episode of Forensic Files.

She has run her own Style Me Grasie fashion and lifestyle blog. She has subsequently earned massive popularity to her eponymous Instagram account with more than 70,000 followers.

She has appeared alongside Michael Sheen in Masters of Sex.

Grasie Mercedes Is A Member Of