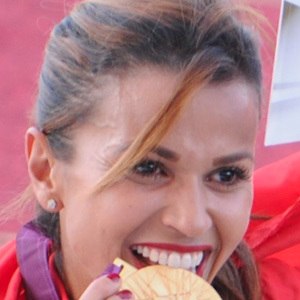 Tunisian runner who is known for competing in both middle distance and long distance events. She specializes in the 3000 meters steeplechase and has competed in several Olympic games as part of Tunisia's national team.

She has won gold medals both at the 2012 Olympic Games in London in the 3000 meter steeplechase event as well as at the 2011 World Championships in Daegu in the same event.

She was born and raised in Kairouan, Tunisia and shared a photo with her husband and daughter through Instagram in July of 2019.

Other professional middle-distance runners who are also known for competing in the 3000 meter steeplechase event include Emma Coburn and David Bedford.

Habiba Ghribi Is A Member Of