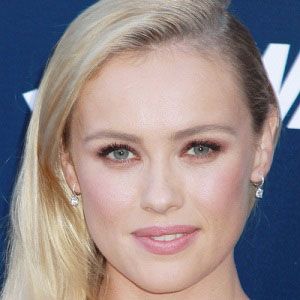 Famous for her role as saloon owner Eleanor Guthrie on the Starz series Black Sails, she is also notable for her portrayal of Queen Leila in the 2014 Disney movie Maleficent.

After training at England's National Youth Theatre, she studied at both the University of Leeds and the Central School of Speech and Drama. Before beginning her acting career, she worked as a model.

Fluent in Spanish, she appeared in six episodes of the television series El Tiempo entre Costuras.

She and her two older sisters grew up in London, England.

In 2014, she and Toby Stephens became series regulars on Black Sails.

Hannah New Is A Member Of