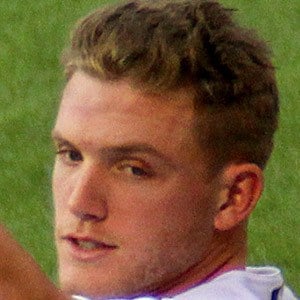 Right-handed outfielder who made his Major League Baseball debut with the St. Louis Cardinals on July 25, 2017. He was selected in the third round and made his professional debut with the State College Spikes of the Class A-Short Season New York-Penn League.

He played baseball for Horace Mann School in The Bronx. He also played for the New York Grays.

He was born in Bronxville, New York.

He hit his first major league home run off of Johnny Cueto.

Harrison Bader Is A Member Of