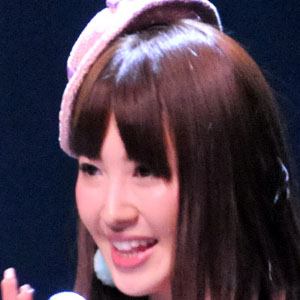 Pop singer most famous a member of the Japanese idol group AKB48. She has also branched out into acting, taking roles in films like Coin Locker Monogatari and Ikemen Desu Ne.

She began her career as a member of the group Angel Eyes in 2001.

She won a Nikkan Sports Drama Grand Prix award for Best Supporting Actress for her work in the film Ikemen Desu Ne in 2011.

She grew up in Saitama Prefecture.

Haruna Kojima Is A Member Of