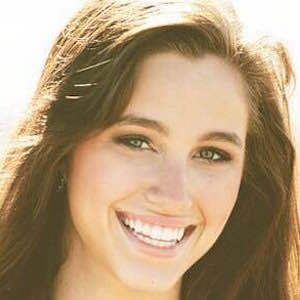 Gamer best known for her Twitch stream where she has gained more than 110,000 followers streaming Counter Strike: Global Offensive, League of Legends, and Hearthstone. She also runs a self-titled YouTube channel where she has posted vlogs and game highlight videos.

She began streaming to Twitch in April 2014 and also opened her Twitter with the debut tweet "Hey hey heyyyy everybody! :) first tweet, and I'm currently live! Come watch :)." She competed in the Miss Arizona Teen USA pageant and once appeared in a Proactive Solutions commercial. She graduated from Arizona State with a degree in journalism in mass communication and a minor in English Literature.

One of her most popular YouTube videos is "OVERWATCH BETA LIVE STREAM PREMIERE - BLIZZARD HQ!", posted in October 2015.

Her boyfriend Rick is also a popular Twitch streamer. They announced they are expecting their first child together in July of 2018.

She is friends with fellow female Twitch streamers Sonja Reid and 2MGoverCsquared.

HayliNic Is A Member Of