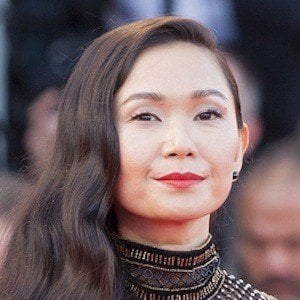 Movie actress who appeared in Alexander Payne's Downsizing in 2017 and earned a Golden Globe nominated for Best Supporting Actress - Motion Picture for her performance. In 2018, she'd begin appearing in Amazon's Homecoming and later in 2019, HBO's Watchmen.

She got a job with PBS after graduating from Boston University, studied acting, and eventually found herself on the HBO show Treme.

She appeared in the film Inherent Vice in 2014 and the TV miniseries Big Little Lies in 2017.

Her parents were two of the  Vietnamese boat people that fled the country in 1970. Her mother was six months pregnant with her at the time.

She appeared on screen with Matt Damon and Christoph Waltz in Downsizing.

Hong Chau Is A Member Of