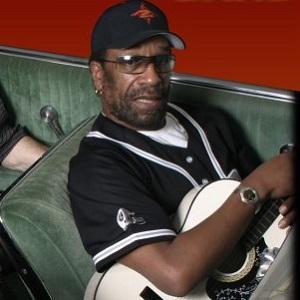 Founder of and guitarist for War, a funk band that was popular during the 1970s. Early in his career, he also played with the R&B group The Drifters.

As a young man, he started a band called The Creators that played at nightclubs in his native southern California.

Famous musicians Eric Burdon and Lee Oskar joined him to form War when they heard his music at a Los Angeles bar.

When he was a young boy, his cousin Jack taught him to play the bass guitar.

He played in War with famed rock vocalist Eric Burdon.

Howard E. Scott Is A Member Of