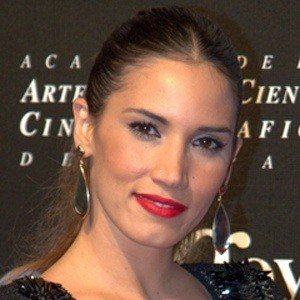 Latin Grammy nominated singer who rose to fame in 2004 with her debut album Azulejos de Lunares. Several of her albums would go on to sell gold and her 2016 album Te cuento un secreto would peak at #1 on the Spanish charts.

At the age of five, she began studying flamenco dancing. Then, at thirteen, she would appear in the children's talent show Veo.

Much of her music has been featured in television shows and films including the award-winning single "Niño sin miedo" which appeared in 2014's El Niño.

She was born Jennifer Jessica Martínez Fernández in Cordoba, Spain.

India Martínez Is A Member Of