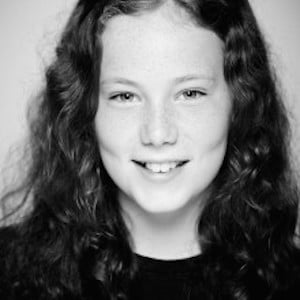 Actress who landed the title role on the CBBC series Hetty Feather, a show based off a book by Dame Jacqueline Wilson.

She began training at the Singer Stage School when she was 10 years old. The role of Hetty was her first professional screen acting gig.

She attended a preview Q&A session hosted by BAFTA for the premier of Hetty Feather.

She is from Essex, England, where she trained at Singer Stage School.

She and Gus Barry both acted on the show Hetty Feather.

Isabel Clifton Is A Member Of