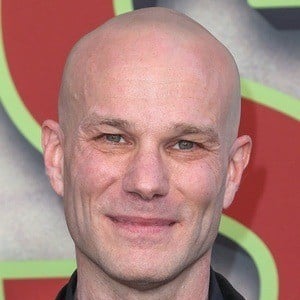 Star of the Twin Peaks television series created by David Lynch. He received critical acclaim for his roles in the 1992 film, Gladiator, and the 1990 film, Cadence.

He became known for his supporting film roles in A Few Good Men and Criminal Affairs.

He was married to Ana Marshall from 1991 until 1993. After his divorce he married Renee Griffin and gained a stepson. He and Renee welcomed a son named James in 2002.

He acted with Louis Mandylor in the 2009 thriller, In the Eyes of a Killer.

James Marshall Is A Member Of