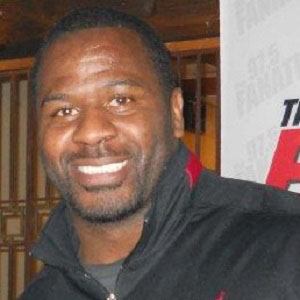 Linebacker best known for his three separate stints as a member of the Philadelphia Eagles, with whom he made four Pro Bowl appearances. He was named an All-Pro in 2000 and 2001.

He was voted District MVP as a senior at Hooks High School in Hooks, Texas. He was later a Consensus All-American at Stephen F. Austin State University.

He captained the Philadelphia Benjamins dodgeball team on the third season of the television series Extreme Dodgeball.

He married a woman named Tammi, whom he met while in college.

He played under head coach Andy Reid while in Philadelphia.

Jeremiah Trotter Is A Member Of