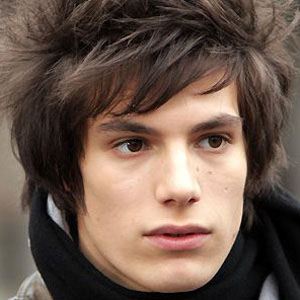 French film actor and musician known for his roles in such movies as LOL and Livid. Also a vocalist, he performed with the band Kaponz & Spinoza.

His performance in LOL earned him a 2009 Swann d'Or award at the Cabourg Film Festival.

He played the role of Aime Bonpland in the 2012 film version of the German novel Die Vermessung der Welt (Measuring the World).

He was born in the northwestern French town of Douarnenez.

He and Sophie Marceau co-starred in the 2008 comedy LOL.

Jeremy Kapone Is A Member Of