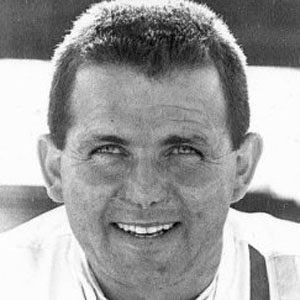 Fan favorite who raced in the Indianapolis 500 ten times. He became a member of the National Sprint Car Hall of Fame in 1993.

He began his career in the USAC Championship Car series in 1959.

He was born in North Tonawanda, New York, and died in Port Arthur, Texas.

His best Indy 500 finish came in 1962, when he finished 13th in a race best known for Parnelli Jones breaking the 150 mph barrier in a practice run.

Jim Hurtubise Is A Member Of