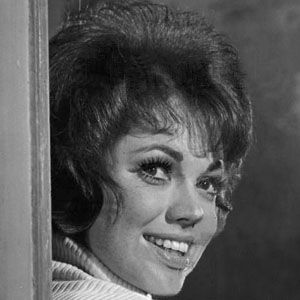 Most famous for her roles in the 1970s films MASH, Where Does It Hurt? and Catlow, this Georgia-born actress also became known for voicing Invisible Girl on the Fantastic Four animated series in a late 1960s.

She studied broadcast journalism and history at the University of Miami and Rollins College. During her college years, she hosted a radio program called The Magic Carpet.

In 1984, she originated the role of Taylor Chapin on the Telepictures soap opera Rituals.

Her marriage to game show host Chuck Woolery lasted from 1972 until 1980. Her second marriage was to Charles S. Young.

Jo Ann Pflug Is A Member Of