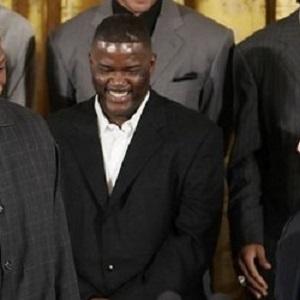 Former NBA guard and 6-time All-Star who helped the Detroit Pistons win back-to-back NBA Championships in 1989 and 1990. After retirement, he served as the Pistons' President of Basketball Operations for over a decade.

As Pistons President, he helped bring Ben Wallace and Chauncey Billups to Detroit, building a team that won an NBA Championship in 2004.

He and Isiah Thomas formed a dominant backcourt for the Detroit Pistons in the 1980s and early 1990s.

Joe Dumars Is A Member Of