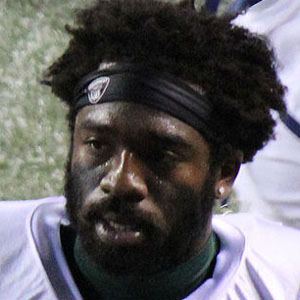 NFL running back was an All-Pro kick returner during his 2011 season with the Jets. He signed with the Kansas City Chiefs in 2014.

He was two-time All-Pac-10 Honorable Mention during his career at USC.

He had a brother named Jonathan and a sister named Johanna. His mother's name was Jennifer. He was tragically shot and killed on December 1, 2016.

He played with then-freshman Matt Barkley during his final season at USC.

Joe McKnight Is A Member Of