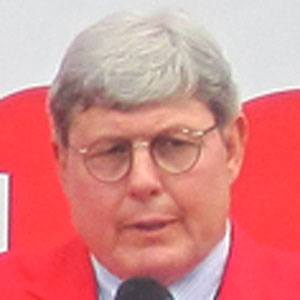 Former NFL Hall of Fame left guard who played for the New England Patriots from 1973 until 1985.

He was named 'The Best Offensive Lineman of All Time' by Sports Illustrated in 1981.

He married Joanna Roth in 1996. He has a son named Gabriel and a daughter named Astrid. His brother, Charley, won Super Bowl XVIII with the Los Angeles Raiders in 1984.

He and Anthony Munoz are often cited as the two best offensive linemen in NFL history.

John Hannah Is A Member Of