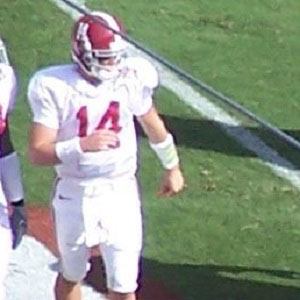 Quarterback who made his NFL debut in 2009 for the Atlanta Falcons.

He had a standout career at the University of Alabama, where he set the school record in all major passing categories.

He was born in Montgomery, Alabama, near where he played college football.

In his final years at Alabama he played for coach Nick Saban.

John Parker Wilson Is A Member Of