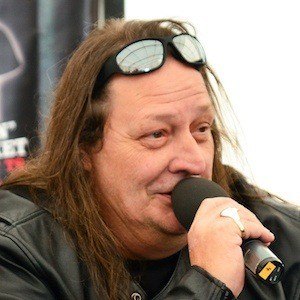 American composer, multi-instrumentalist, and singer. He is most recognized for his work as the keyboardist, lead vocalist, and founder of the band Savatage. He was also part of the creative team for Trans-Siberian Orchestra.

After performing in a variety of different bands, he was featured in the Tampa Bay music publication Music Magazine for his band Avatar. After being threatened by a European band over the name, they switched it to Savatage.

In addition to his music, he also created his first rock opera, Streets, in 1991.

He was born and raised in The Bronx, New York City, New York.

As a founding member of Savatage, he can be seen in relation to other band members including Chris Caffery and Al Pitrelli.

Jon Oliva Is A Member Of